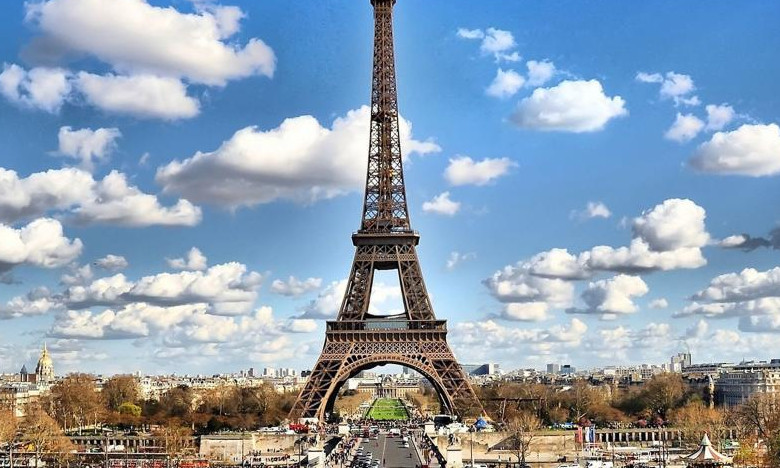 The number of international association meetings continues to double every ten years. Paris reclaims the top spot in the 2016 city ranking.

ICCA captured 12,212 rotating international association meetings taking place in 2016, which is clearly an all-time record for ICCA’s annual snapshot of immediate past year’s meetings data, and 136 additional meetings compared to 2015. More than five decades of doubling every ten years This was another decade of great success for the sector as ICCA identifies more than double the number of association meetings in a decade: from just under 6,000 in 2006 to over 12,000 in 2016.

This means that the trend of exponential growth, as identified in ICCA’s advocacy report “A modern history of international association meetings: 1963-2013”, published at ICCA’s 50-year anniversary in 2013 (available on www.icca50.com – downloaded from the ICCA website alone over 35,000 times), continues to apply: The number of association meetings continues to double every decade. ICCA’s Researchers also spotted an additional 710 meetings for 2015, and 524 for 2014.

The ICCA Association Database now includes 20,000 regularly occurring meeting series, 220,000 meeting editions and 11,500 international associations. 2016 City rankings: Paris reclaims the top spot Paris, number one in 2014, takes over first place again with 196 meetings in 2016 – one more meeting than last year’s number one Berlin. Even though the order is quite different, this year’s top 5 cities were also represented in last year’s top 5. Vienna climbs 2 places to second and Barcelona remains third. Berlin drops from first to fourth place and London remains fifth. Singapore is the first Asian city jumping one place from seventh to sixth. Madrid drop 2 places from a shared fifth in 2015 to a shared seventh in 2016. Newcomers in the top 10 compared to last year are Amsterdam, twelfth last year and now sharing seventh place with Madrid, and Seoul jumping from 13th to tenth. Like last year, Lisbon is ninth.

Top 3 city ranking by number of meetings organised in 2016

Paris is first with 196 meetings, Vienna is second with 186 meetings and Barcelona is third with 181 meetings. 2016 Country rankings: France climbs one place The top 10 is made up of the same countries as last year, with some minor shift and one newcomer on a shared tenth place.

Top 5 country ranking by number of meetings organised in 2016

U.S.A.is first with 934 meetings, Germany is second with 689 meetings, United Kingdom is third with 582 meetings, France is fourth with 545 meetings and Spain is fifth with 533 meetings.

As one of the very few reports which compares destinations’ meetings-related performance on a global scale, the annual ICCA rankings are one of the most eagerly anticipated industry publications. Due to lack of global figures on other meeting segments, they are often mistakenly perceived as the destination rankings for the meetings industry as a whole, even though they only cover a narrow segment of the total meetings market: To be included, meetings must be organised by associations, must be held on a regular basis, have at least 50 delegates, and rotate between at least three countries.

Whilst these ICCA rankings provide some evidence of a city or country's relative performance, it is only when all data on all the meetings taking place in a destination are considered - corporate, intergovernmental, non-rotating, etc - that a true, complete picture can be seen. ICCA always advises its members to collect their own statistics on all meetings they organise, and provide a full picture on their performance.

ICCA CEO Martin Sirk commented: “Once again our report provides clear evidence of the resilience and long-term continued growth of the international association meetings sector. Anecdotally, we hear that it is not just the traditional association meetings business that is in a healthy state: new association-type events are being created by groups of scientists and doctors, destinations are designing and hosting their own world-class STEM meetings and festivals (science, technology, engineering, maths), online discussions are migrating to the real world of concrete face-to-face interactions, and even corporate events are evolving into community gatherings of suppliers, clients, partners, investors, users, and academics, blurring the lines between the for-profit and not-for-profit sectors.

The Information Revolution and Knowledge Economy are experiencing continuing exponential growth, so it’s hardly surprising that the entire association meetings community is responding in such a dynamic fashion. Traditional association meetings are growing strongly, but they are definitely no longer the only game in town!” The full ICCA statistics reports are only available to ICCA members in its online Destination Comparison Tool. Comprehensive rankings for all countries and cities will be released to non-ICCA members and the media in mid-June.